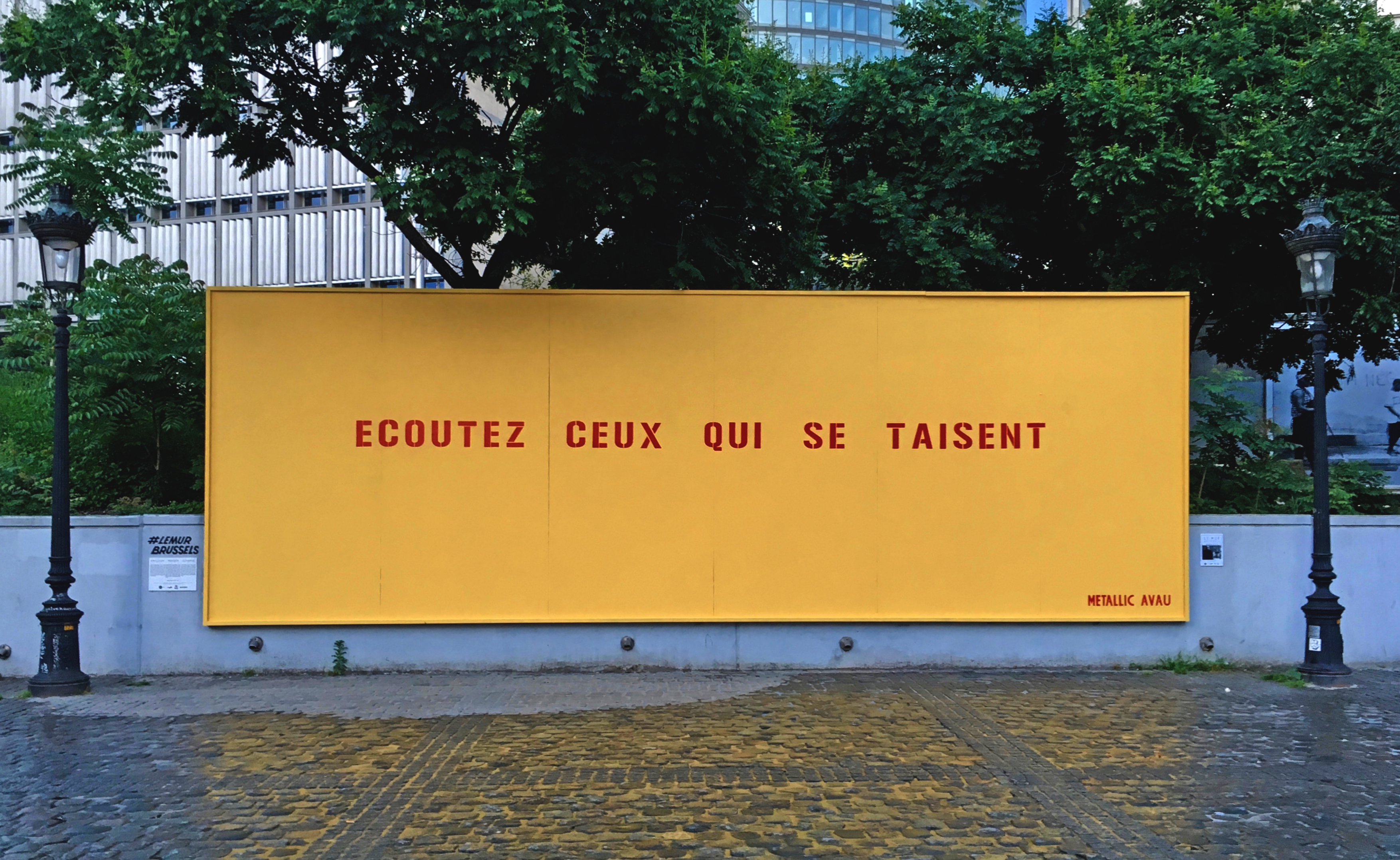 Roger METALLIC Avau is a standard bearer of the very old school of Brussels text graffiti. Starting out as a print media documentalist with the Belgian public broadcasting corporation, from 1976 he took a deep interest in graffiti, set up a Documentation foundation and worked tirelessly to see graffiti acknowledged as urban poetry. At the time, his graffiti works “Arrêtez le monde je veux descendre” (Stop the world, I wanna get off) or the numerous “Tout va bien” (All’s well) signs in the Louiza/Louise tunnel were the first to create a buzz. Since 2010, in between monumental graffiti works, he has been publishing his poems (or / words /) in the “Mots clés décroisés” section on the Entre les Lignes (Between the Lines) website.